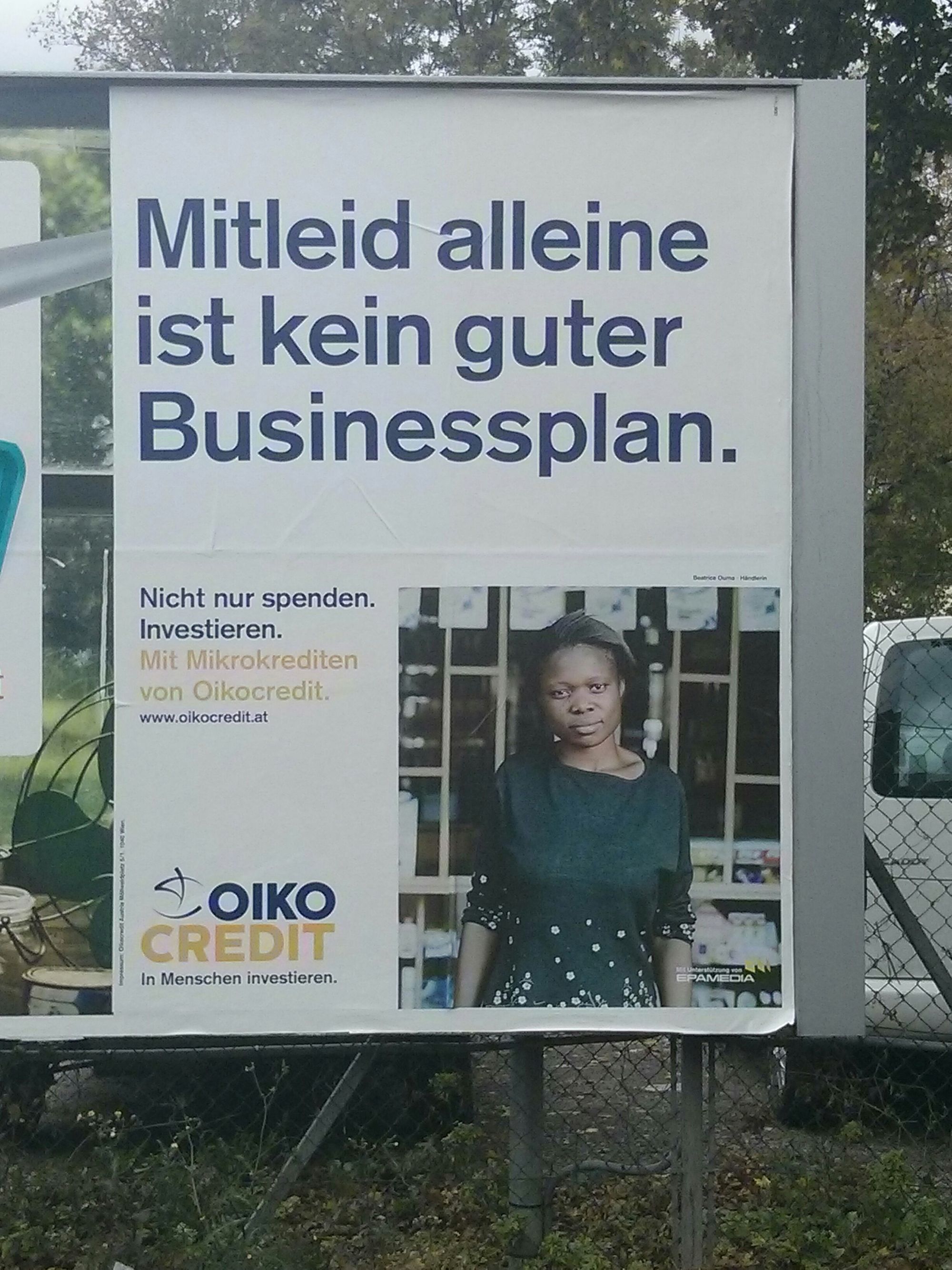 After hearing a talk from Kilian Kleinschmidt about refugee treatment and his work in the world's 3rd biggest refugee camp in Jordan, I couldn't help but wonder about the concepts of social entrepreneurship. In talking about his work as “the mayor of Zaatari”1, he described how the UN treated refugees as victims, who had to be feed (2100 kcal a day), a right to water access, sanitation and 4,5 m2 of space. All of these the UN provided for the inhabitants of Zaatari, everything a human being needs, it seems. But the “victims” revolted, had nasty fights with the staff, police and each other. They opened illegal shops, stole equipment and built by themselves in-house sanitation and kitchens, taped the electrical supply, moved and rebuilt their tents and so on. Based on his experiences Kleinschmidt's message was, that refugees claim to be seen as individuals who are able to build a new life for themselves instead of being treated like a homogenous mass of victims. Thus, defining on paper what a human being needs to survive and the attempt to systematize the refugees lives could be regarded as a strategy from those outside of the camp: in order to keep an eye on the refugees more easily.

This view from above tries to arrange the camps and refugee handling neat and manageable from the outside. In an analogy it can be described as the bee-keeper's need for organising the bee hive, so that s_he can extract honey – the bee's needs are secondary to this venture2. Inhabitants of Zaatari revolted against the neat order provided by UN, NGOs and political actors. He continued that we have to see refugees foremost as individual people who want to provide for their own lives. We need to understand, he argued, that what we can do is providing them the possibilities to recreate a normal life. This should be a life that is build on work and integration (into a new society). Right now, the German government is changing – at least to some extent - its perspective on migration and refugees with possible changes in laws, integration and education programs, underpinned by an understanding that refugees can be seen as already needed work-force3. Although there is much political discussion and by far no consent on how to handle the refugee crisis in Germany – with special focus on border control – the idea that these refugees are much-needed workers for the national labour market is not questioned as much by (political) elites. The new attitude is that people who got asylum status are being integrated into the German economy and trained in order to benefit the economic market. Kleinschmidt stressed that on this course a win-win should be possible for the country's economy, the state's taxation and welfare system and refugees who want to build a new living away from life-threatening situation.

Aside from changes in the political field, seeing refugees as people with private interests, an argument for civilian involvement can be put forward for example Social Entrepreneurship. Some of my colleagues at this talk were enthusiastic about this idea. So was I. However some critical considerations stopped my initial call for immediate action and launching an initiative right away. It wasn't the thought that a state actor should provide the basic means for refugees that made me consider social entrepreneurship less favourably. On second thought the whole concept of social entrepreneurship started to look flawed. If you are a social entrepreneurship your goal is to change something in the world, some injustice or social problem that bothers you – for money. On a small scale that means that your time, other resources and maybe the employees, you need to get things done, will be paid by a classical capitalist exchange model. The product produced will be paid with money from the consumer's income. Although most social entrepreneurship businesses get some funding from other sources, they will try to achieve that kind of exchange. So you will model a business based on a social problem you are passionate about.

The first problems I see with Social Entrepreneurship are the lines between solving an issue or living off of it. Not just Kilian Kleinschmidt, but many others are pointing to the growingly public issue of Help organizations that need human or animal misery in order to survive as an organization. Along with that, comes an ever growing professionalism in these organizations that might even hinder direct and quick help or solving problems, which usually is the initial intention behind a Social Entrepreneurship model. Inflexibility, and a huge bureaucratic organizational apparatus is evidence to this as it restricts not only direct help but also regulates every action and contact on-site from above4.

Other issues lay in the core of the concept: Making money. Once any business model is successful and gets attention for that, others might try to copy it. Most of the time, companies, that have more resources, will be able to sell or offer the same product for a cheaper price or more convenient. Nothing different is happening to social entrepreneurship businesses. In the case of the “Micro credits” or a “Laptop per child” initiatives, bigger companies are taking over the business or change its initial plans5. Small social entrepreneurship models thereby become some sort of scouts for new markets and niches. Often even creating new products, that later on can be sold primarily to make profits instead of tackling a social issue. Although bigger companies are marketing taking over such a small social business as beneficial to the consumers (by that point people using the product will be viewed as nothing more), the problem with becoming a model for profit instead of solving social problems becomes evident: Solving something becomes secondary to either making money or image improvement. So decisions about the business, the product, labour and so on will be based foremost on these principals and not about answering a social issue.

Looking at the thousands of refugees currently seeking a better life in Europe, one social entrepreneurship business model might be to give these people work in your factory or shop, so that they can provide for themselves. Not only would this help to start a new live in a new society for them, but it could also help your business if you act like a clever entrepreneur. But is this really a win-win for all? Would you expect your refugee-employees to be extra grateful because you gave them a job? Maybe you would expect them to pay you more respect, invite you to dinner, do you a small favour or get paid less when times are though. After all, you where the one helping them. When is social entrepreneurship still about helping people and not exploiting them?

However, not all social business models try to give work to refugees or get caught up in money-making, but it highlights the big problem: Social Engineering models are still businesses. This means that they want or need to make money, at least in order to pay for resources. In a way Social Entrepreneurship businesses might be trying to make a difference, but they could end up creating new social problems.

With all these issues I pointed out, (social) problem-solving could become a secondary venture and economic considerations a primary goal for social entrepreneurship. Still, it doesn't mean that social entrepreneurship or civic involvement are to be avoided. It just means that we have to question our/these initiatives and to critically look at the consequences of our/their (business) actions. What is written bigger in our/their model: SOCIAL or ENTREPRENEURSHIP?